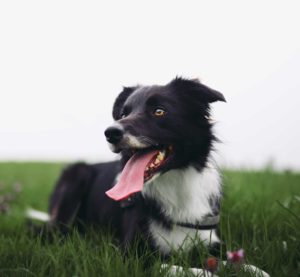 Ehrlichiosis is a disease with a worldwide distribution that is caused by a Rickettsia, the one that most commonly affects dogs is Ehrlichia canis, which is transmitted by the brown dog tick Rhipicephalus sanguineus or during blood transfusions if the Ehrlichia canis bacteria are present. It is an intracytoplasmic microorganism that infects mononuclear cells. There are two more species of Ehrlichia that also cause canine Ehrlichiosis. Anaplasma platys that infects the animal’s platelets and causes infectious cyclic thrombocytopenia, and, Ehrlichia ewingii, which has been recently discovered.

Animals in the acute phase of the infection by Ehrlichia canis present the following signs: vasculitis, vascular permeability increase, immune complex formation and complications, such as DIC. Depending on the host´s immunity, subclinical or chronic infections can be found. In these cases, there is a response to persistent antigen stimulation and, because of this, lesions produced by the continual immune response will appear. During the chronic phase, the animal may exhibit an acute bone marrow hypoplasia that may be irreversible.

The acute stage of the disease is seasonal, occurring most often in spring and autumn, correlating to the time when ticks are present, the chronic phase of the disease, however, may be diagnosed all year long.

Nowadays, clinical signs can vary, and they may include vomiting, diarrhea, polydipsia, polyuria, polyuria without polydipsia and the following common signs.

Perform serological testing for Ehrlichia canis. In the case of the other species, as they are members of the anaplasma family, PCR can be performed. Remember that if the animal is receiving doxycycline, the PCR test can be falsely negative.

Check-up is always strongly recommended whenever the animal has a medical history of tick exposure or if there are hematological abnormalities in the number of red blood cells, white blood cells or platelets. Even though it is possible not to find said abnormalities, the veterinarian may still suspect the dog is infected, in that case, serologic testing should continue to be performed and the test will yield a positive result.

Tetracycline and doxycycline are used. Doxycycline is the drug of choice. Especially if there are neurological signs, the patient should be treated with doxycycline, as it passes more readily into the CNS, during 2 to 3 weeks. In acute infections a rapid improvement is seen and in chronic infections bone marrow suppression effects may take longer to normalize.

Occasionally, corticosteroids, such as prednisolone, may be administered to treat the immune-mediated component of the disease, especially in the chronic phase. Prevention must be focused on tick control. Cured animals do not develop a long lasting protective immunity, so they can be reinfected.

When prednisolone is administered, assess the need to give the patient some ranitidine, omeprazole, pantoprazole, etc. to provide gastric protection.

If the liver enzymes are elevated, remember lipoic acid, silymarin, etc. can be used.

Guideline for veterinary practitioners on canine ehrlichiosis and anaplasmosis in Europe.

Next Pain management: A dilemma in daily clinical practice