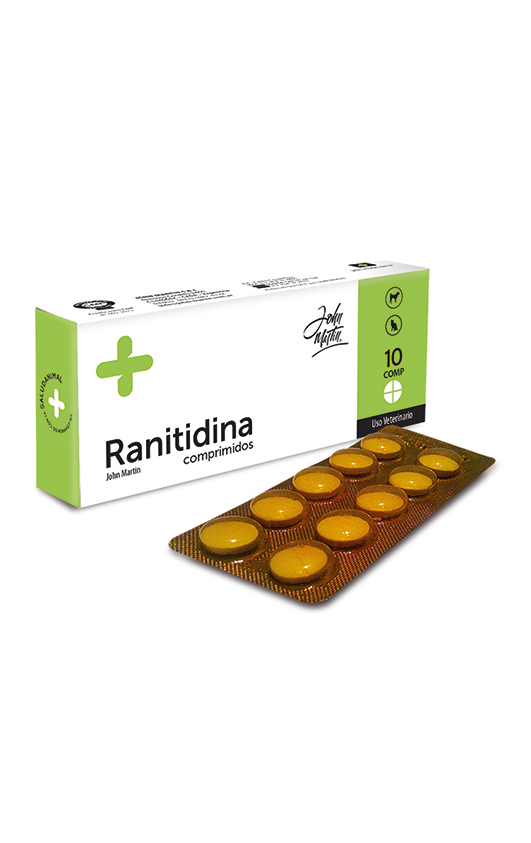 Indicated for the treatment of gastritis and gastric or duodenal ulcers. Since it inhibits stomach acid secretion, it is indicated for all cases in which heartburn needs to be reduced.

Dosage and Instructions for Use

Even though several side effects have been reported in human beings, such effects have not been verified in animals. Rebound hypersecretion of gastric acid may be observed in some animals after withdrawal of the drug, especially in cases of ulcer. Gastric acid suppression caused by H2-receptors antagonists results in an increase in the plasma concentration of gastrin, 3 hours after administering a dose. The subsequent stimulation of gastric mucosal G cells produces hypersecretion of gastric acid, which becomes evident when the drug is withdrawn. The probability of hypersecretion is conditioned to an increase in the sensibility of parietal cell receptors that, apparently, characterizes patients suffering from ulcers.